Finger in the Pie Cabaret June

“Unmissable – one of London’s fastest rising stars”
Time Out

“A masterclass in versatility and audience rapport”
The Public Review

LEMMINGTON BARD (THE EARL OF SODOM)

Lemmington Bard The Earl of Sodom brings meaning to that vicious form known as ‘Poetry’ offering his debauched satire to any takers who think themselves ready . Known in his homeland as ‘The Keith Chegwin of 16 century poetry’ he is sure to keep you at least neutral for under 10 minutes.

Life on the ocean waves can be a lonely business, and for Fisherman Sam the rough
nights surrounded by foreign sea-men, or the fear of pirates wanting his booty, would drive any
normal man insane.

This act is a combination of hula hoop, contortion and dance. An upbeat Charleston styled piece that is guaranteed to leave the audience thrilled, excited and wanting more. A dynamic high tempo routine that captivates you by the spinning of multiple hoops!

The cheeky Fraulein Freya Fox takes a trip to Cuba and gets seduced by Rhumba rhymes.

Wednesday Gray sings Vintage Jazz, Swing and Blues. She absolutely adores singing and her enthusiasm is infectious. Her voice has been described as ‘pure old school’ and ‘pure sex’.

This is a subtle and deeply disturbing, but none the less funny, piece of cabaret. ‘Mills and Boon’ invites you to say hello to Tiddles and Fluffy.

The dissection of the concept of Failure and it´s benefits using mind-reading; magic; humor and homeopathic religion.

Lou Safire, a boylesque extraordinaire, performs his own version of Swan lake! He has been turned in to a black swan by evil powers and must to strip off layers of enchantment to be able to return to his human self
www.lousafire.com 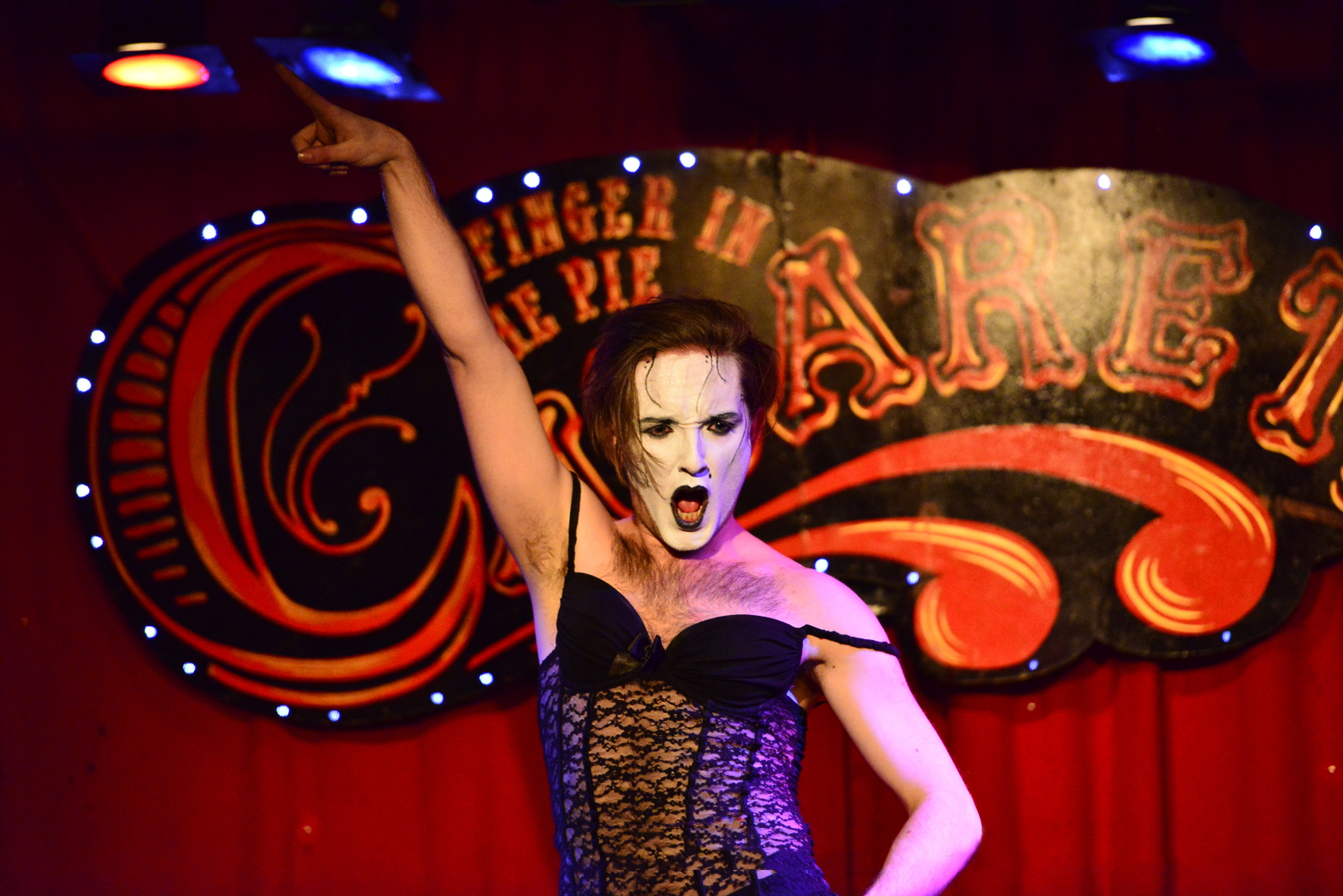